because life was not crazy enough 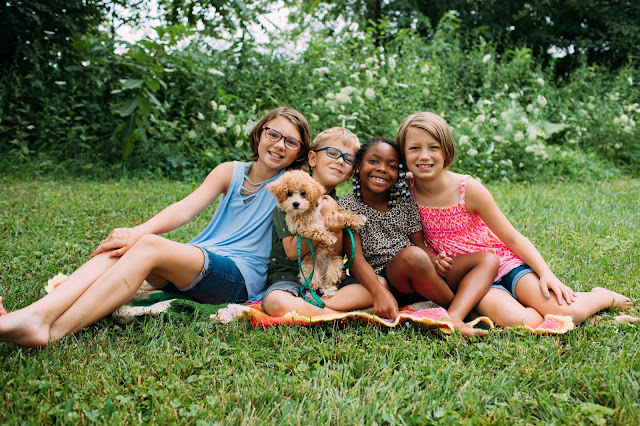 So we did a thing.
Our kids pretty much think this moment is the best moment of their short lives.

Because our lives aren't stupid crazy enough- we adopted a puppy to add to the Engstrom chaos!!! We adopted him from Heartland Animal Shelter only due to the complete hook up and guidance of a friend & fellow Mama from our community; Jennifer from Second City Canine Rescue. After YEARS of our kids asking for a dog we finally agreed & they pretty much think this is the best thing ever (ask them after a few months of cleaning up poop).  They have been wanting a dog for so long and after both Jason's sisters and their families brought home little dogs (we love you Bella & Millie) it was clear we would be next to fall. Per our agreement to even considering a dog they have kept their rooms clean without reminders for over 2 months (we honestly said this because we thought we knew this was an impossibility for them but clearly their will for a canine pup was unwavering)  & all signed a "dog contract" meticulously executed By Jason.  Annikah even presented a power-point presentation she made at our family meeting about the benefits of having a dog- that kid is good I tell you.  We wanted to rescue a dog but were worried that we would not find a good fit. After a discussion poolside with Jennifer she convinced me that even with our list of needs for a dog (younger, not scared of overwhelming kids, hypoallergenic, etc) that anyone can adopt and rescue.  I put her on the search for the Engstrom pup via her connections of dogs that need homes in our area and last week she called me with this little man at an animal shelter not too far away.  Jennifer, Anni, & I drove up to meet him and fell in love so we started the adoption process and we brought him home last night! He has already been snuggled more than is probably acceptable, seen Babu (Dr. Rohrback his vet for evermore from Amber Leaf), & gotten too many gifts from his Bibi (my mom who loves dogs more than anyone I know). 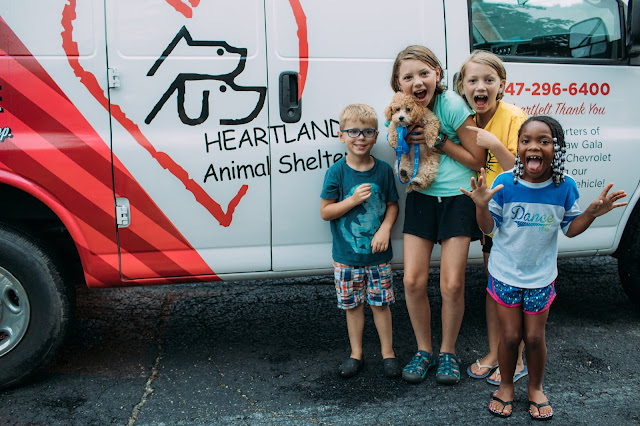 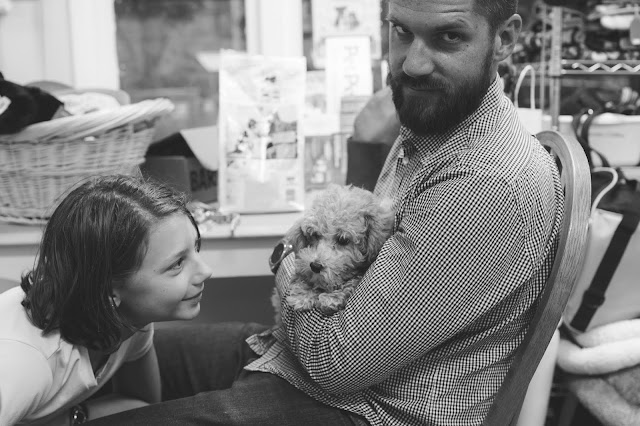 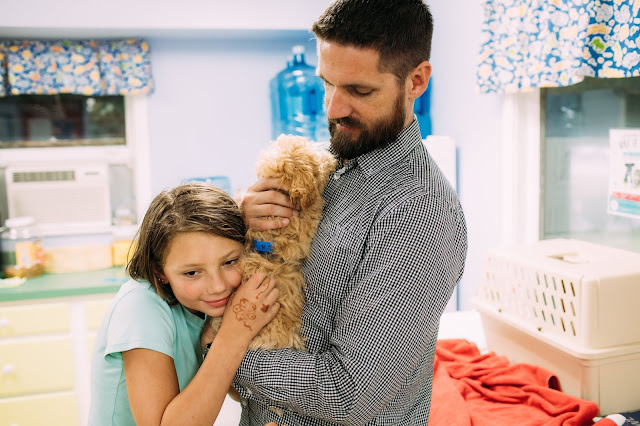 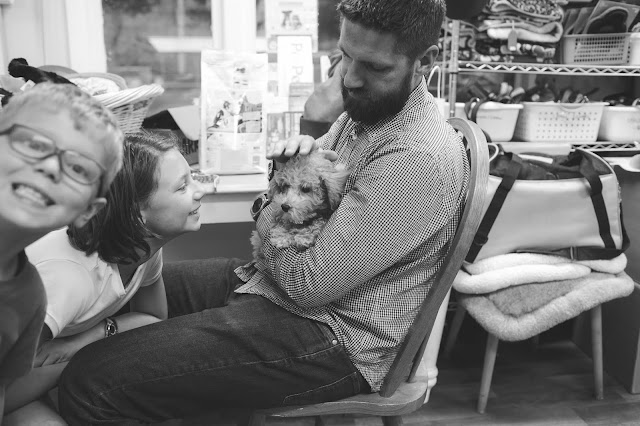 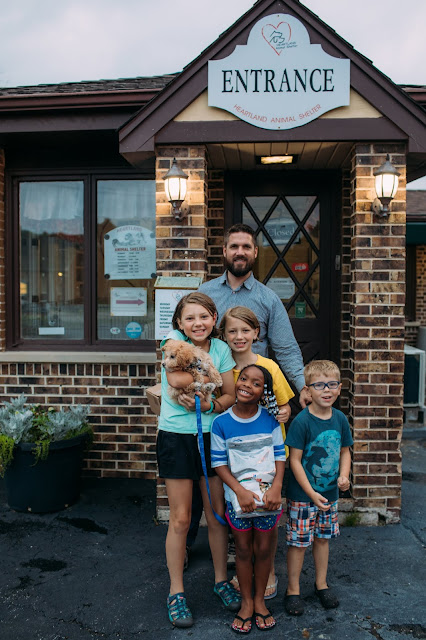 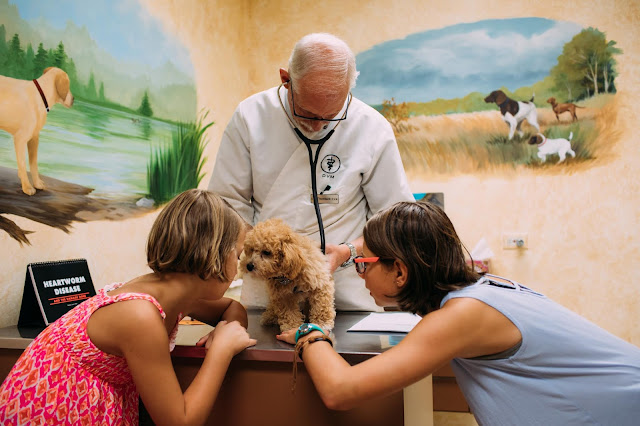 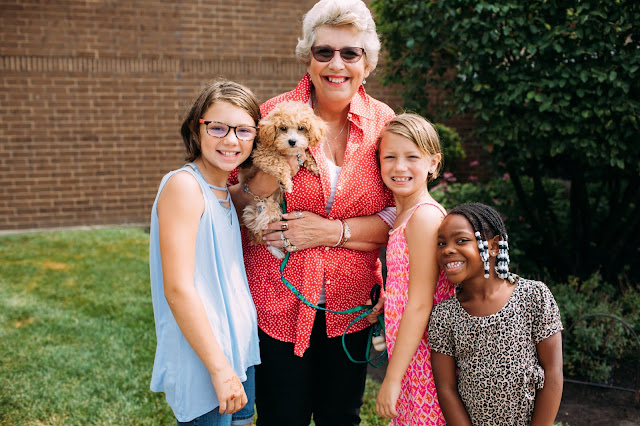 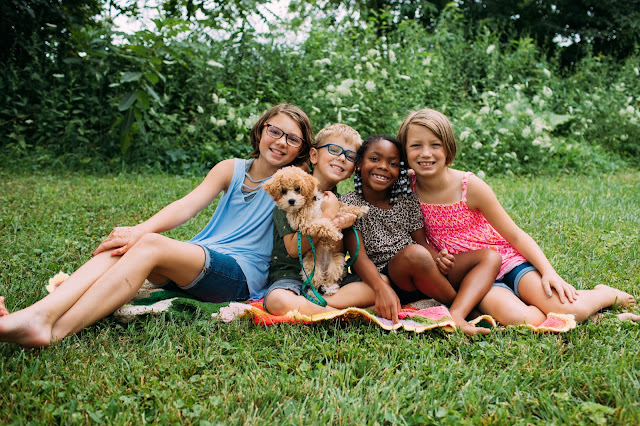 We might be mostly definitely are crazy but our kids are so excited to welcome Chewbacca because #obviously. You can call him Chewie for short and he is open for snuggle time & willing to chew up your shoes should you want to stop by and visit.
In the throws of puppy chaos,