We are still in Chicago enjoying some time catching up with friends and sharing about our work in Tanzania. It has been a whirlwind but fabulous to see everyone and we are storing up amazing warm fuzzies and memories for a rainy day(or a power-less sweltering one in our case). Here is a sampling of our crazy week... 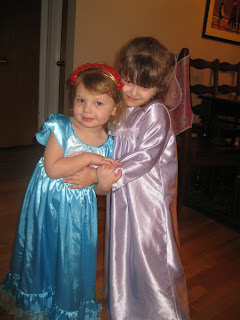 sleepover buddies. Anni got to sleepover at Fellow princess lover Ava's house and the girls had a blast. Anni kept praying for Ava the next day and told us over and over again (accompanied by giggles) "Ava and me don't like to sleep. We play and talk" 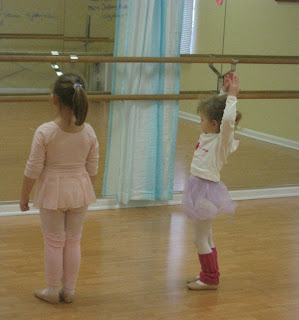 Anni got to attend Ava's ballet class at a real dance studio the next morning!
After dance class we hit the Kohl's Children's Museum 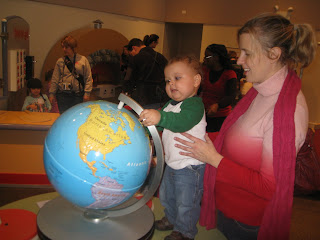 fun at the museum...Phin checks out where Tanzania is! 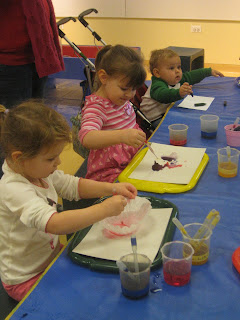 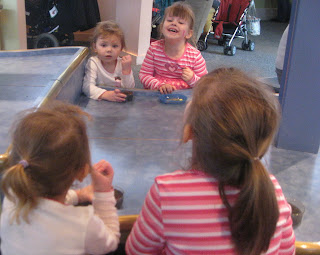 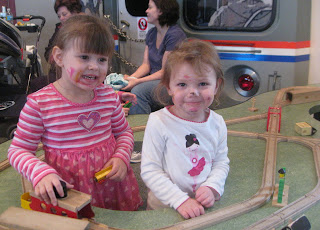 train table fun
On Saturday we got treated to tickets of The Last of the Dragons at Lifeline theater by Beck (thanks girl!!). A friend actually worked on the production and we were so excited to see the kid's show. We went with Beck, her daughters, a friend from their school, and us. Anni was "in" the moment she heard that there was a princess involved (that and the fact we hit McD's play place before the show). Evy enjoyed her first live theater experience by sleeping during most of it (except a few loud farts :) that the kids sitting around us thought were pretty funny. Local theater: Yeah! 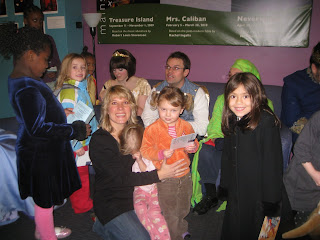 with the cast of The Last of the Dragons 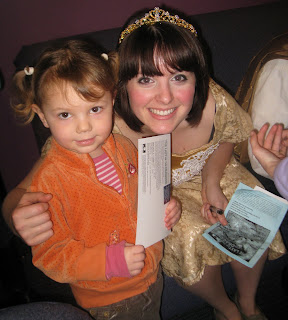 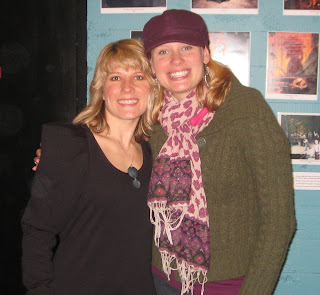 Beck & me
After the play we headed to a friend's house who graciously offered to have all the Mama folk and kiddos over since all of our hubbies were having a guy's night out playing sports and eating way too much :) It was hilarious as there were 6 women and 14 kids (plus two women are expecting)!! It was nothing short of total chaos trying to feed everyone, kids running everywhere, and us Mamas chatting. It was hilarious. The best moment came when a friend's son toddled out of the bathroom playing with an open DIRTY diaper (at least it was his own poop!). I laughed out loud reflecting how different our lives were just 5 years ago!! Instead of sipping wine at a restaurant we were feeding babies, wiping bootays, refereeing kid fights, and generally trying to contain the craziness. Oh, how times of changed!! But in that moment I also realized how blessed I am to have friends that we have grown with. We have seen each other move through life and I am amazed at the awesome women I have in my life. Jason arrived home late that night but as we were sharing about our nights we both started tearing up as we do not take these friendships for granted and are certainly going to miss everyone desperately in a couple months. Thanks everyone for some fabulous memories made in the Chi!! More to come this week... 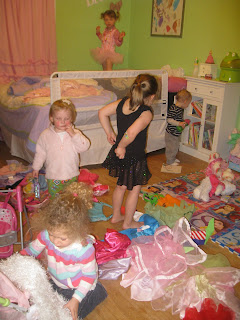 some of the crazy kid chaos!!
*Notice my child doning a tutu & jumping on the bed 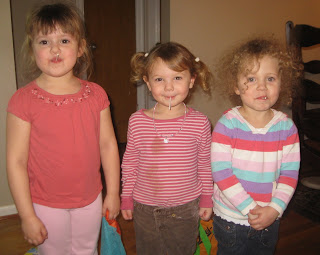 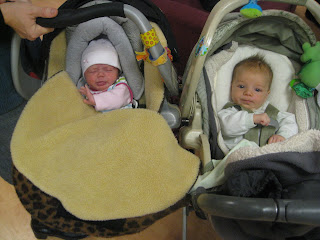