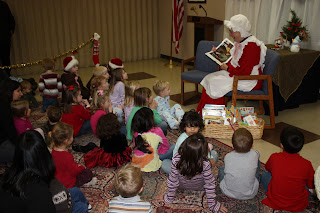 Annikah and I attended a free Christmas story time with Mrs. Claus session at the local library here and even though we had stand by tickets we got in probably because it was below zero outside and most sane people stayed indoors. Our outing was mostly based on my need to do some stuff so that I do not sit around going nuts because mtoto mchanga is still hanging out. Annikah enjoyed the Polar Express and 'Twas the Night Before Christmas with many other kiddos. At the end of the stories Santa made a surprise visit and as soon as he was in sight some kids started clapping but Anni announced LOUDLY "Mama, me no want to sit on his lap!!" All the adults found her over share hilarious. Waiting in line she also was sure to tell me that the two boys playing light sabres behind her were "them acting too silly Mama." Once she got to see Santa she set her boundaries clearly concerning the lap issue again but was sure to let him know about her wishes for an Ariel doll, a castle, and a bath tub. She also told him that she does not like the cold here and that she lives in Africa where it is "so hot." At least no one can accuse my kid of not tellin' it like it is...or at least like she sees it. She got an Eric Carle book from Mrs. Claus that she treasures and is now snug in her bed asleep with...sweet dreams Anni Joy... 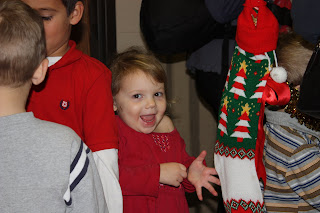 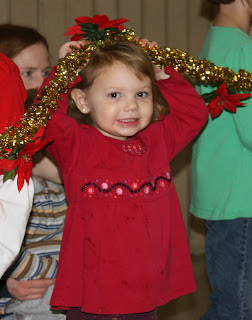 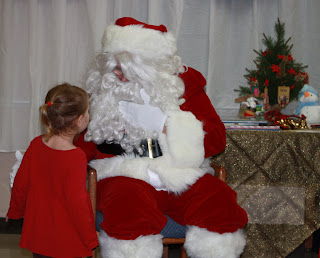 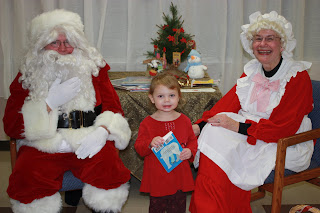 Gma Rho said…
Anni is at the perfect age for these kinds of activities. How wonderful that she is here this year to participate. Now she'll have lots of holiday memories that she wouldn't have know about if you hadn't come home.
14/12/09 7:22 AM