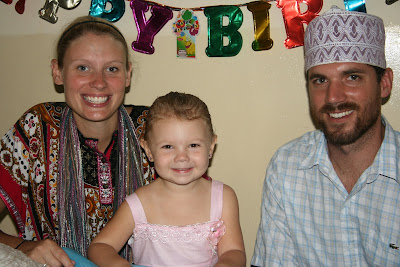 A Big Par-Tay! That is what we had here the Thursday before we left and I have been a slacker in posting about said party. And now that we have access to fast Internet I should be better about updating. I could blame the fact that we are sharing (ok, mostly fighting) over the one working laptop we have or the fact that I am wicked tired everyday (I think it is a combo of being 8 months preggers and adjusting to the time change) but really I am without excuse and thus I will pledge to be a better blogger and update a bit about the craziness before we left and the latest in being back stateside.

As I have mentioned before celebrations are a huge part of the culture where we live and so we wanted to have a party to share blessing with our neighbors and friends. Kids in our neighborhood started asking about when we would have Annikah's party starting in August because they remembered from last year. We waited until after Ramadan so everyone could eat and this year we had invites that a friend had made for us in town (with Jason's name spelled Josome:) to avoid billions of random people stopping by. We handed out invites to all our friends and neighbors just a few days before the party and prepared some favors, games for the kids, and food trays. On the day of the party some friends came by and helped us clean and clear out all the furniture. I spent the 2 days before the party baking over 100 banana muffins, 6 cakes, and some other treats. Highlights of the party included that no one was there (except a few team mates) until about an hour after the start time and then within minutes over 50 people arrived, teaching the kids hot potato, Anni and her classmates singing for everyone, and making the cake stretch to fed everyone (that was a miracle)! The party was admittedly exhausting in the midst of packing and working on the school but we had so much help without which we never would have been able to pull it off. Annikah was so excited and wired after the party that she ran around and could not sleep. She kept saying "me have so many friends!" I have also learned that the people are always willing to pitch in and help which makes everything less stressful. In the end we were crazy tired but so glad we had this chance to celebrate with everyone before we left for the states. Last year at Anni's party we could barely say hello and this year we were able to speak and pray in Kiswahili and I was overwhelmed with how many friends and people we know that came to celebrate our daughter's birthday with us. What a blessing!! Thanks to my amazing team mates here are some pics of the festivities...
Anni helps make favors for her friends
showing off her special cake 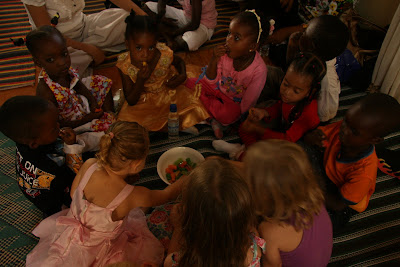 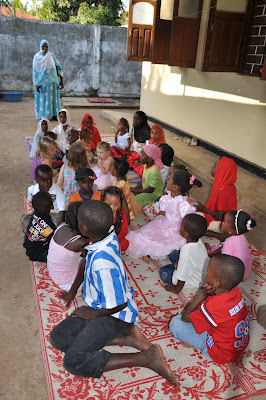 teaching the kids to play batata moto moto (hot potato) and a treasure hunt for sticker & papers that they could trade for candy:) 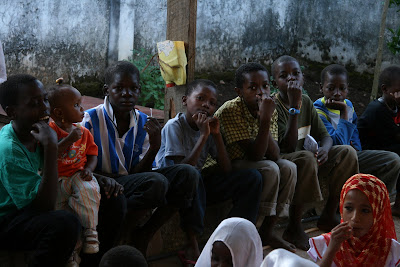 the boys that were "too cool" to play kids games :) 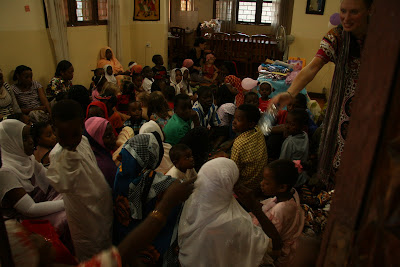 How many people can fit into one room? LOTS!! 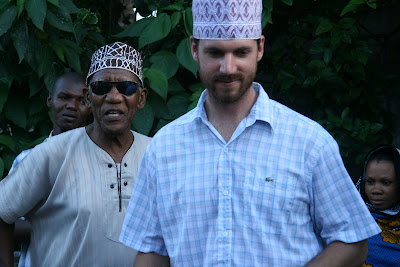 Our Baba of the island and Jason 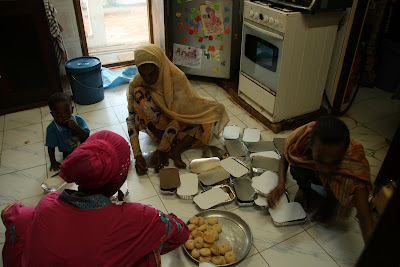 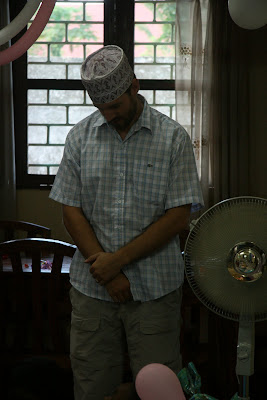 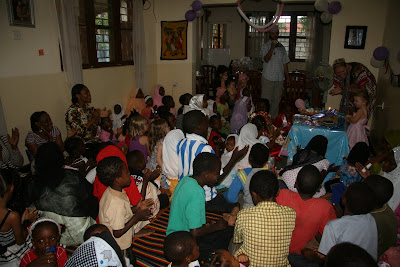 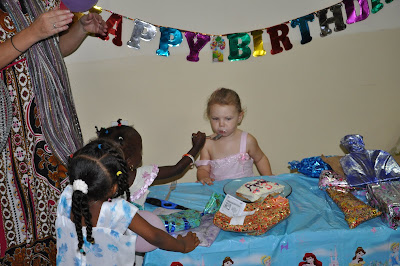 some of Anni's classmates feed her cake 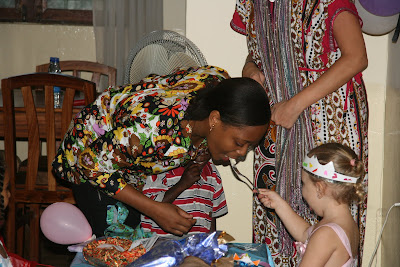 Anni feeds her teacher cake
Anni shows off some of her gifts....she loved the Q-tips :) and fancy dresses 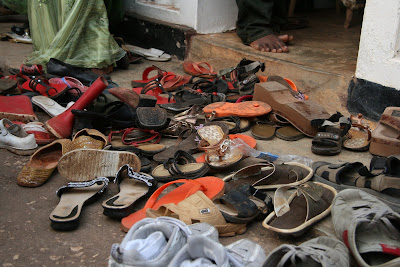 Gma Rho said…
What an amazing time that must have been. I can't believe how brave you were last year, having a party after having just arrived!!
21/10/09 2:36 PM