it was a matter of time..

When we attended African orientation we were told in the safety and security training portion that it was not whether or not we would be broken into to but only a matter of when we would be broken into. We started off 2009 by getting that whole issue out of the way; or at least we hope it does not happen again! Our car was broken into yesterday. The worst part was that we were attending our team meeting and getting really excited about the ground breaking for the school project (more details soon) and finally seeing things really move forward when we walked outside the house to find our car window smashed. Our friend discovered it and told me, of course our car was parked with 2 others that were left untouched. I quickly searched the car and did that panic thing where you try to remember if you left anything of value in the car. I remembered our first aid kit and checked and it was all still there along with a tarp, an umbrella, a roll of TP (you always BYOTP here just in case) and Annikah's booster seat some friends gave us. So that was great news! I finally realized what they took (which took a minute because I was thinking American break-in stuff...radio, or expensive stuff in the car) but the thieves only target was our 4 power window/lock switches. For some reason (we will probably know later today when Jason shops to replace them) these power window switches are quite valuable here and our car is the most widely driven vehicle, which unfortunately makes it a target. Since there are no car dealers on the island, we will have to buy the parts used, which means in all likelihood we could be buying back our own stolen switches or some other poor person's stolen ones. Getting the car fixed is a huge priority because the AC does not work and without the switches we cannot open the windows making driving around inside our car akin to microwaving ourselves. Jason got to fill out our first police report yesterday after the incident and they told him to come to the station today to get a copy of the report, a term I use loosely as it is just a hand written scrap of paper (does have a stamp though!). We are praying that our insurance here will help cover the costs of the theft since we have been saving for a trip to the mainland and really hope to not have to forfeit all that money to fix the car. At least we are riding the learning curve of insurance, police, and dealing in used auto parts in Africa! 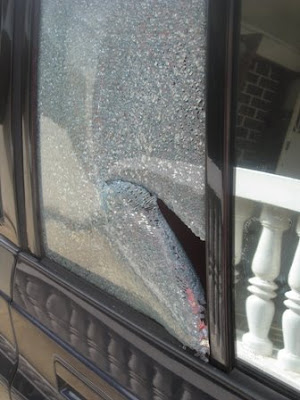 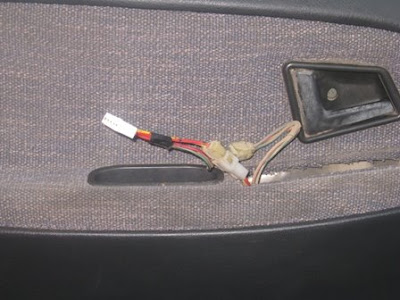 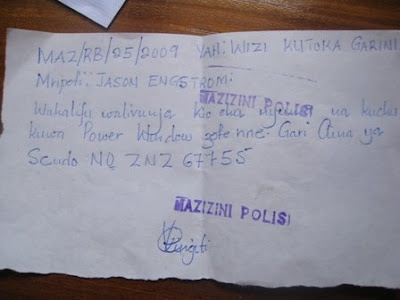 Gma Rho said…
Oh, I'm sooo sorry! It gives you such a strange feeling to see that you've been violated like that. I'm glad you at least knew this was something that you could expect (still not fun, though). We'll pray that all of the details (insurance, etc., and new switches) will work out for you.
3/1/09 9:11 AM

misskatiez said…
ugh i know how that feels! my car got broken into a few years ago...the stupid people made off with my backpack (go go dirty laundry) and CDs. boo. good luck with the repairs!
3/1/09 12:12 PM

Bibi Ronnie said…
So sorry. Rob's got broken into in Chicago and they stole his radio, remember, so it happens everywhere. What a bummer way to start the new year though. I'm glad they didn't take the first aid kit or car seat. We'll pray the insurance pays for everything. Love you...
3/1/09 5:08 PM

Griffen said…
Okay is it bad that we laughed while reading this? It really wasn't because we thought it was funny... although you did a great job lightening the mood... and it wasn't because we didn't feel bad. It just sounded like Africa, and the fact that you might be buying back your very own locks just sounded very "oh man, you gotta LOVE it!" I guess all you can do is laugh when stuff like that goes down. Pole sana!!
5/1/09 7:28 AM