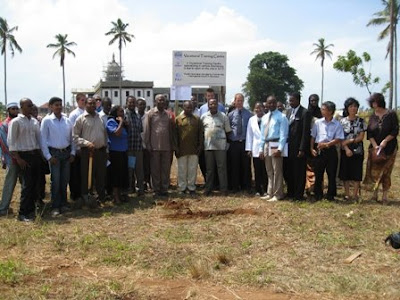 the official photo..I'm the tall white girl in the back with sunglasses :)

Our team had the official ground breaking for our vocational school this past Saturday. It actually happened on the day as planned although even a week before we were doubtful it would all work out. I once heard a woman who had lived in Africa for most of her life say that the most needed quality one needs to thrive here is flexibility and I totally agree. Without it you can let minor annoyances get to you when really they are not that important. The world does not function on my timetable and I am working on dealing with that, and praying a lot. Everything was delayed mostly because there are just so many cultural "rules" we needed to play by that took us unaware and things that came up last minute. Our team mate Alex did most of the work arranging everything (Rock Star award) and even spoke on the day as well. The college we are partnering with made many of the arrangements and even though we had no power a last minute generator run saved the day. We were so excited everything came together in the end. It was predictably wicked hot and because many government officials were there we all needed to dress up; meaning head coverings for the girls and ties for the boys. Jason had a mad search for socks since he has not worn them since arriving here 6 months ago but finally located a pair and after borrowing some dress shoes he was ready. We were all sweaty messes before the ceremony even started but we were told we did a good job respecting the culture so it was worth it. There were many guests of honor (that had to be invited with an official invite with a stamp on it) and we were very excited they came to mark this ground breaking as an important event for the island. Some of our friends came as well to support the effort which was a blessing. There were a few unexpected moments, the college had told us they wanted the speeches to be in English but then on the day most of the speakers (except Alex who had no time to prepare one in Kiswahili) gave speeches in Kiswahili. I put together a video of some of the day including snippets of the speeches and the PS (Principal Secretary) actually breaking the ground. This week we will start the digging for the foundation and begin the process of building. Yeah for more progress!! 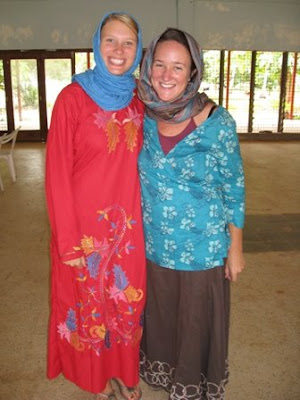 girls at the ground breaking....we even made the nightly news! 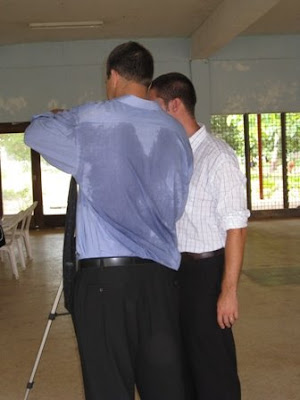 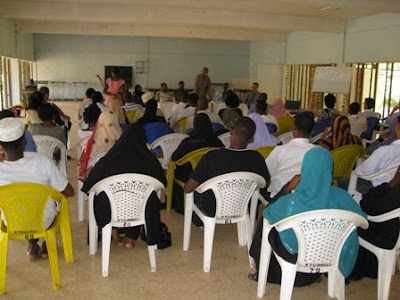 listening to speeches & plans for the future of the school 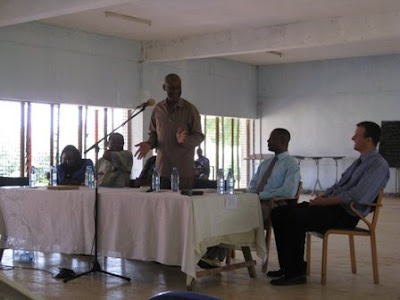 the guest of honor speaks... for a long time 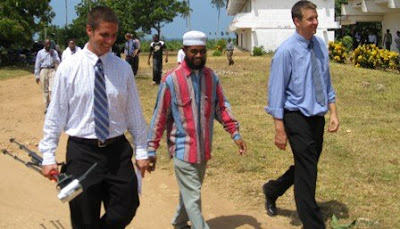 walking to the site 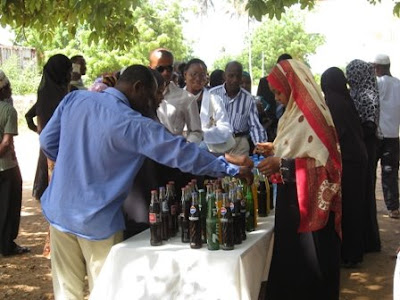 serving refreshments after the ceremony 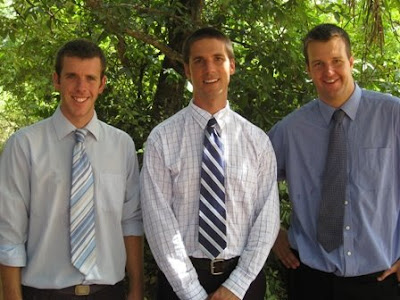 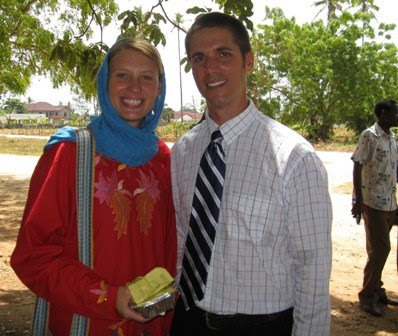 Bibi Ronnie said…
Great day! Glad you were on schedule despite all the set backs. Don't know how you could wear all that in the heat. We are so proud of you and your accomplishments. Love you.
27/1/09 10:22 AM

jill said…
yay! congrats rox! what a great start. i still can't imagine being that hot, but i guess you can't remember what it's like to be this cold ;)

Create Your Own Critter said…
Congrats - that is so exciting! You guys look very dapper despite the heat! Now the real work begins...huh?
27/1/09 12:40 PM

Jorie said…
How exciting to celebrate the groundbreaking! Love the pictures too! It looks like you had a great turnout for the event.
28/1/09 9:39 AM

annalea said…
that is so exciting! i look forward to seeing the progress via your blog!

i can't believe i was that hot only a few weeks ago - already a faint memory. the translators kept wondering if i was okay since i sweat so much :)
1/2/09 7:59 PM

Catching up on reading your blog... this must have been such a wonderful day for you and your team!! We are all pulling for your success and safety, and are so proud of you :-)